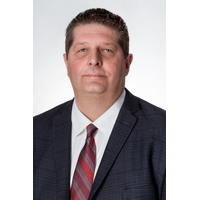 Greg Grabinksy: The path to success

When it came to where his career path would eventually lead, there was a time Greg Grabinsky had no road map, so to speak. But there is one course he’s meticulously charted, a dream adventure he reminds himself of often.

“You never know where the path will take you,” offered Grabinsky, Canadian Vocational Sales Manager with Peterbilt Canada.

He knows of what he speaks.

After finishing post-secondary school, Grabinsky started a delivery service, which he eventually sold before moving on to work at a car dealership.

“I’ve been working in the automotive/trucking industry for 30 years,” he said. “I started as Assistant Used Car Manager at Downsview Chrysler for two years and then accepted a position with General Electric Capital Fleet Services in 1990 as Purchasing/Spec Manager for their Truck Department.”

The latter role would be a life-changing experience for Grabinsky.

“It’s where I picked up my passion for work trucks,” he stated. “Trucks with bodies, be it refrigerated van bodies, to crane bodies, to tow trucks, to refuse applications – the complexity of the spec interested me and so did the wide variety of uses and industries.”

Grabinsky was promoted to inside sales, where he supported the selling of finance/lease packages to customers in a specialized industry, including tow trucks, tool trucks and crane trucks.

He was promoted again, this time into the role of District Account Manager for Dealer Finance Specialized Equipment.

“It’s been a great adventure just following each opportunity as it arose – always keeping an open mind never knowing what will come next,” he said.

After eight years, Grabinsky parted company with General Electric and accepted a position in 1999 with PACCAR Financial, a PACCAR Company, as District Sales Manager for Ontario. His area of expertise was selling finance and lease packages for the PACCAR product.

“I transferred from PACCAR Financial to Peterbilt Motor Company in 2007 and held various sales management roles,” he said. “Now I’m the Canadian Vocational Sales Manager. I consider myself very lucky to be in this role because I get to work with the salespeople at the Peterbilt Dealership network, the Body Suppliers and the end users across Canada.”

What are some of the key issues he sees facing the industry?

“I would say staying abreast with changing truck technology – from Natural Gas as fuel for trucks to Electric Trucks to Autonomous Trucks – collision avoidance, etc., and the increasing complex path of the waste or recycling product and how to move the product efficiently through the process.”

It comes as no surprise Grabinsky has a basic philosophy when it comes to all his work-related challenges, roles and responsibilities. And it’s a mantra he regularly shares with his children.

There’s no doubt Grabinsky has had an impressive body of work, even more so considering he didn’t have an original game plan in place for where he hoped to land.

Fortunately, he knows precisely what he’ll be doing and where he’ll wind up one day, a time that will have to wait until he calls it a career.

“I have always been involved in boating on Georgian Bay since I was a child,” said Grabinsky, who recently downsized and moved to Coldwater, Ontario. “My wife Josie and I have a boat in Midland and spent as much time as possible from May 1 to October 30 on the Bay. The name of our boat is ‘SEAS LIFE’ and that is what we do. Nothing is more relaxing than being on the water. In fact, I tell my wife I have a mistress – Georgian Bay. It has been so rewarding taking our children out on Georgian Bay and teaching them to respect the water and the outdoors. And to now see them as adults enjoying the water and the outdoors, knowing that my wife and I passed on a great legacy to them to enjoy their time outdoors.”

As for that long-planned dream adventure, you might not find it circled on a calendar, but it is never far from Grabinsky’s mind.

“Ultimately, our goal is do the Great Loop which is boating from Great Lakes down to Florida via the Mississippi and returning back up to the Great Lakes via the inter-coastal waterway,” he offered. “It will have to wait until retirement, but it’s great to practice living on the boat every weekend.”

And a perfect reminder of where their travels will one day take them.

ON BEING AN OWMA MEMBER