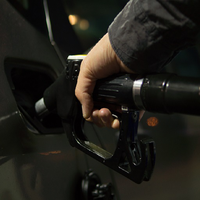 The OWMA supports the provincial government’s decision to pursue a modern renewable fuel standard (RFS) for gasoline, but maintains that a future regulation must include clear incentives for renewable natural gas (RNG).

The association sent its comments in a letter to the Ministry of the Environment and Climate Change (MOECC) on March 12 in response to the provincial government’s Discussion Paper: Developing a Modern Renewable Fuel Standard for Gasoline in Ontario, which was released on Jan. 11.

The paper discusses creating a standard to require fossil fuel suppliers to “reduce the lifecycle carbon intensity of the transportation fuels they sell each year” to support the province’s efforts to reduce greenhouse gas (GHG) emissions from gasoline by 5% by 2020.

To meet government-set targets, fuel suppliers could either increase the proportion of biofuels contained in gasoline, including cellulosic ethanol, or purchase credits to offset fossil fuel emissions with investments in low-carbon technologies, such as systems to convert methane into RNG.

The OWMA believes the inclusion of RNG crediting within the RFS would not only help petroleum producers meet regulatory requirements, but would also encourage more fleet operators to switch from diesel to RNG, and, in turn, reduce GHG emissions.