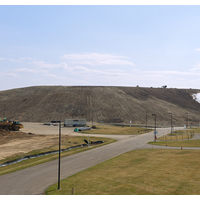 The OWMA highlighted several concerns with the provincial government’s proposed Landfill Gas Offset Protocol in a recent submission, which was developed with the help of the association’s Climate Change Committee.

The OWMA has continued to advocate on behalf of our members to open up offset crediting options to more landfills under the Landfill Gas Offset Protocol. Our submission, which was sent to the provincial government on June 18, emphasized the potential for reducing greenhouse gas (GHG) emissions by enhancing existing landfill-gas capture systems at large landfill sites.

Unfortunately, the protocol excludes landfills larger than 1.5 million cubic metres from generating offsets. The rationale given for this decision is that they are already required to capture and destroy landfill-gas under Regulation 232/98. As a result, landfill-gas capture projects at these sites would not achieve a voluntary reduction in greenhouse gas (GHG) emissions in addition to what is already required under Ontario’s current regulations.

The OWMA pointed out in its submission that Regulation 232/98 does not mandate performance standards for landfill-gas capture systems. If the protocol allowed large landfills to generate offset credits for system enhancements, significant emissions reductions could be achieved, according to our research. Unfortunately, it appears as though the provincial government will not make any further changes to the Landfill Gas Offset Protocol.

The OWMA will continue to represent the priorities of the sector as the government rolls out new policies and programs under its Climate Change Action Plan while looking to potential opportunities to develop incentives for renewable natural gas through an anaerobic digestion offset protocol and a renewable fuel standard. (Read the OWMA’s submission on the government’s Discussion Paper: Developing a Modern Renewable Fuel Standard for Gasoline in Ontario.)

If you have any questions about the OWMA’s submissions or next steps on climate change, please contact the office at (905) 791-9500.