Submission: OWMA Supports the Expansion of RPRA Responsibilities – Including HWIN 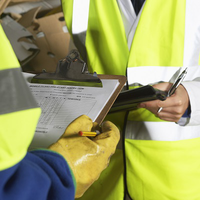 OWMA has responded to an Environmental Registry of Ontario (ERO) posting to change the mandate of the Resource Productivity and Recovery Authority (RPRA) to include digital reporting services through its registry for a wider range of waste and resource recovery programs. This proposal would establish RPRA functions beyond the current oversight and regulatory role for extended producer responsibility (EPR) regulations and programs. Key in the proposal is to transition the Hazardous Waste Information network (HWIN) to RPRA to facilitate an updating of the HWIN system including electronic manifesting and data collection. OWMA has confirmed the need to update HWIN and highlighted the current inefficiencies of the system.

OWMA has supported the expansion of the RPRA mandate and the transition of the HWIN system to RPRA.